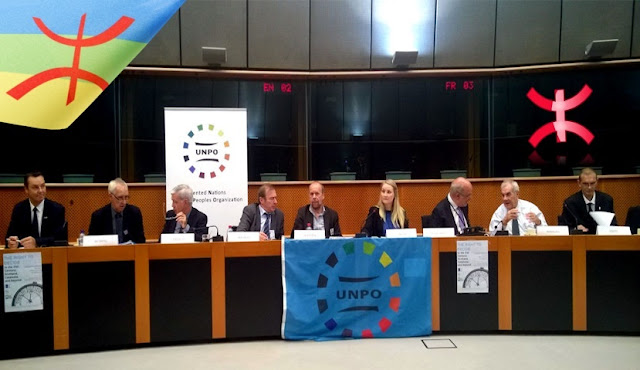 DECLARATION DE L’UNPO EN ANGLAIS
UNPO CONDEMNS ALGERIA’S CRIMINALIZATION OF SELF-DETERMINATION MOVEMENTS
The Unrepresented Nations and Peoples Organization raise serious concern over Algeria’s recent crackdown on peaceful dissent. Recent modifications to the penal code on the definition of ‘terrorism’ have led to a wave of arrests of Kabyle activists, while in May 2021 the High Council for National Security pronounced the Kabylian self-determination movement, Movement for the Self-Determination of Kabylie (MAK), an illegal and terrorist entity. The recent crackdown on peaceful dissent follows a long-established pattern of efforts to silence and repress the Kabylian population. In response, MAK have recently filed a complaint with the International Criminal Court (ICC) in relation to the systematic repression of Kabylians, which also highlights the acute failures of the Algerian authorities response to Covid-19 and the recent forest fires in the region which killed dozens.
The criminalization of peaceful self-determination movements represents a troubling trend in which state governments abuse legitimate state power to marginalize minorities and unrepresented peoples. The pronouncement of MAK as a terrorist entity and subsequent modification of the penal code to widen the definition of terrorism demonstrate an explicit attempt to de-legitimize political dissent and expand state power.
The amendments, which includes an expansion to acts “undermining the integrity of national territory” and acts “attempting to gain power or change the system of governance by unconstitutional means » show a clear impetus to target opposition political parties and self-determination movements in Algeria.
Confirming the fears of human rights groups that the overly broad definition could lead to the further criminalization of peaceful dissent, hundreds of arrests have since taken place against individuals exercising their rights to peaceful assembly and expression, including many MAK activists.
MAK strongly deplore the government’s pronouncement of their organization as a terrorist entity and attest to the peaceful nature of the movement. The group also condemns the Algerian authorities’ recent attempts to link convicted criminals to MAK despite the absence of any evidence relating them to the organization.
The UNPO strongly condemns Algeria resorting to ‘terrorist’ labels to criminalize dissent and reminds Algeria of its basic obligations under international law to respect the freedom of association and assembly, as well as its obligation of due process to those detained and arrested. We urge the Algerian authorities to release all those unfairly prosecuted for exercising their rights to peaceful assembly, association and freedom of expression and to cease its targeting and suspension of peaceful opposition groups and self-determination movements.